Meet the gang who make Blisters and Bliss possible:

David Foster spent much of his trekking time checking out the flora and impressing others with his skill in building campsites and driftwood furniture (when not chasing mice out of his backpack). He was a retired school teacher-librarian, a master gardener and an ardent nanny when in his award-winning Japanese shade garden.

Wayne Aitken is frequently seen with his face in campfire smoke, tearfully preparing his culinary delights. He shamelessly followed in Dave’s footprints, particularly on soft, sandy beaches. Between treks, he may be seen trying to keep is kayak upright and his mountain bike in some else’s slip stream. Wayne continues to strive to keep Blisters and Bliss topical and current. Contact Wayne at wtaitken@shaw.ca

Nelson Dewey is an acclaimed cartoonist and illustrator. His work has appeared in numerous national magazines, comic books and movie story-boards. He has illustrated over 50 “how-to” books, but none as good as Blisters and Bliss. Contact Nelson at nelsondewey.com

The success of Blisters and Bliss is largely attributed to our keeping its information current and relevant.

Key contributors, and frequent West Coast Trail trekkers are Jenni Aitken, her husband Lance Abercrombie and their sons Tom and Max Abercrombie. When they are not laced into their boots, you might find these adventurers cycling around Europe, tearing up rugby fields, or snorkeling a reef somewhere.

Frequent WCT trekkers Jeff Aitken and son Ian also provide the latest and greatest details for future editions. In addition to trekking, both dad and lad compete against themselves and each other in cycling, swimming, and running.

Tom Abercrombie is in charge of the Kindle version of Blisters and Bliss. He is a rugby player (capped for Canada) and currently plays for the University of BC Thunderbirds, he is a campfire building guru and may someday set the record for hiking the West Coast Trail with the most ease ever.

Ian Aitken has technical and artistic abilities that his grandfather could only have dreamed of exploiting. No geek, Ian is a triathlete and ranked #2 in British Columbia for his age group.  He is enrolled in the Canadian Sport School and may someday rule the world. 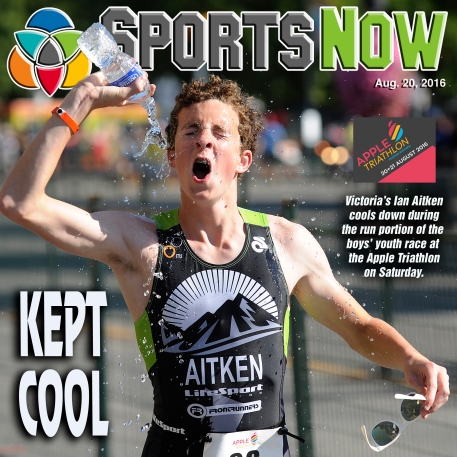 Max Abercrombie is a West Coast Trail veteran.  He plays rugby 15’s and 7’s for the British Columbia U18 teams.  Max also plays for rugby for Canada’s U18 team and is capped.  If you are looking for a bargain and will settle for a previous edition of Blisters and Bliss, contact Max at:  maxabercrombie@gmail.com